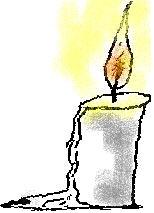 Thousands of innocent people are secretly killed everyday, and you rarely hear about this terrible massacre. They are the only group of human beings on the face of this earth who have no rights of their own. The law does not protect them.

Is there anything in scripture that tells us that a child in the womb matters to God?
The Bible shows that the child matters to Him; it is He who is creating the child. As a dollmaker crafts a doll, God lovingly creates each human being in the womb of its mother. Every unborn child is the handiwork of the Creator.

Did not He who made me in the womb make them?
Did not the same One fashion us in the womb?(Job 31:15)

“Before I formed you in the womb I knew you;
Before you were born I sanctified you;
I ordained you a prophet to the nations.”(Jer 1:5)

But when it pleased God, who separated me from my mother’s womb and called me through His grace, (Gal 1:15)

For You formed my inward parts;
You covered me in my mother’s womb.
I will praise You, for I am fearfully and wonderfully made;
Marvelous are Your works,
And that my soul knows very well.
My frame was not hidden from You,
When I was made in secret,
And skillfully wrought in the lowest parts of the earth.
Your eyes saw my substance, being yet unformed.
And in Your book they all were written,
The days fashioned for me,
When as yet there were none of them. (Ps 139:13-16)

The safest place for the child in those early stages of its development is in its mother’s womb. Yet even that place of refuge is not safe anymore.

In the old days, the abortion of a child was very unsafe. The woman who wanted to get rid of her child had to put her life at risk and go to quacks to do the job. But today, although still with its risks, the procedure of getting rid of an unwanted pregnancy is far easier to go through. So more women go in for this procedure.

Some questions with Bible-centered answers

When does the unborn life become a human being?
At the moment of conception, when the human sperm from the man fertilizes the human egg in the woman, a human being is formed. That fertilized egg cannot develop into a monkey or a cat; it will develop from a human embryo into a human baby. It is a human being from the start. Remember that it is not a potential human being but a full-fledged human being.
Most abortions happen between the seventh and tenth week. During this time, the little one is already sucking his thumb. He feels pain when pricked and responds to noises. His little heart is beating and his brain is functioning. He even has a finger print.

Isn’t it better for a child who is going to be born deformed to die before birth? Today we have tests to find out if a baby has certain abnormalities. If a baby has a high likelihood of being born deformed, what should we do?
Some may argue that it is better for the child to die before being born. Whether it is better or not is not ours to reason. Would you kill a five-year old child who has a deformity? Neither then can anyone kill an unborn child with a deformity.
We know of families that have been blessed with a mentally retarded child. They testify that although such children are hard to raise, they are a great blessing in many ways. All children are gifts from God, whether healthy or ill, black or white, deformed or not.

How are babies aborted?

Does the Bible recognise unborn children as being human beings?
The regular word used for ‘children’ is used of unborn babies also.

Can there ever be a situation where abortion is justified?
Imagine that there is a serious house fire, and someone has rescued a woman from the fire. But the mother wants to rush back in and save her baby. Do you think it is wise to let her go in again? The public has to make a difficult choice, which is usually to stop her from going in again.
During the Tsunami, a mother could not hold on to two children, so she let one go and saved the other. She had to make a difficult choice.
So also in a pregnancy, a choice may have to be made to save a life. These are not easy choices to make and are beyond the purview of this article.
But there can be no choice in the following cases:

Some of these are inconvenient situations and people suggest an abortion for convenience. Some of these situations are a direct result of sin and the killing is suggested to cover sin. Allowing the child to be born may mean suffering to others. Yet a human being created in the image of God must not be killed.

What is the modern thinking on abortion?
Modern thinking wants the mother of the baby to have the right to choose whether to keep the baby or kill it.
Modern thinking does not regard the human embryo as a human being but only as a potential human being.
Many modern scientific procedures like treatments for infertility, some contraceptives, and step cell research involve the killing of human embryos.

Is there any hope for people who have killed children by abortion?
If you know a believer who has sinned and allowed a child to be murdered in this way, here are some words that should give great comfort:
All of us have been condemned by sin. It is sometimes easier for murderers to repent than for others because their sin is ever before their eyes. But before God, whether we have taken a human life or not, we are sinners. If God does not intervene and save us, we will all perish. Those who have not done great sins do not have any advantage over those who have sinned much.
All we like sheep have gone astray. . . and the Lord has laid on Him the iniquity of us all. Praise the Lord! All of us went astray and sinned. But Jesus was punished instead of us.

Yes, God alone can forgive that sin. “Christ also died for __________ once for all, the just for the unjust, so that He might bring us to God” (1 Peter 3:18 ). If we come to Him in faith and genuine repentance, He forgives us and we are free. This is the good news, the gospel.

Those who know the extent of their sin well, understand the extent of Jesus forgiveness more and love Him more. To love Him means to learn His word from your own reading of the Bible, and also from listening to the anointed pastors and teachers that God has appointed for us in the church.

But He was wounded for our transgressions,
He was bruised for our iniquities;
The chastisement for our peace was upon Him,
And by His stripes we are healed.
All we like sheep have gone astray;
We have turned, every one, to his own way;
And the LORD has laid on Him the iniquity of us all. (Isa 53: 5-6)

More on this subject for married couples and those contemplating marriage in the next part Massacre of The Innocents: Contraceptives