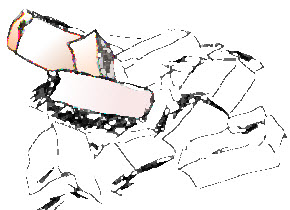 In the predawn hours of Saturday (4 September 2010) Christchurch was rocked by an earthquake measuring 7.1 on the Richter scale.

Not a single life was lost. Relief first and then, as the pictures of the destruction started coming in, amazement. Some called it a miracle. The secular media did not use the word “God,” but the word miracle was used along with words like chance and luck.

I watched two women on TV describe their escapes as lucky.

The quake was comparable in scale to the one in Haiti where thousands died and yet no one had died in New Zealand on account of the quake. This anomaly did not go unnoticed. The Herald ran an article today (a post by blogging scientist Jesse Dykstra) called Haiti: 230,000 deaths, Canterbury: 0 deaths. Why?

The article mentioned that the better construction of buildings in New Zealand was one of the main reasons for the preservation of life.  Other factors were timing (it was early when people were not up and about to be hit by falling debris).  One reader’s comment pointed out other pertinent points: low population density and nature of buildings being mostly single-storied and made of light timber. These are good points and they can explain the minimising of casualties. But TOTAL preservation of life?

Christchurch has high-rise residential buildings and its share of brick-and-tile houses. But it has more than its share of near-escape stories.

This preservation of life is a miracle. Luck and chance does not figure here.

I think believers in this country should acknowledge the hand of God in this matter and be thankful. Secondly, we need to see if there is perhaps a deeper message for our country here, one pertaining to the Creator and morality and conscience, in which case we need to seek God’s face in prayer.

Reminds me of the scripture: if my people who are called by my name humble themselves, and pray and seek my face and turn from their wicked ways, then I will hear from heaven and will forgive their sin and heal their land.

[Praying for all those who have been affected by the quake while being thankful for the many groups that are helping. Hope the ground settles quickly and the after shocks stop. Hoping again that people turn to God for comfort and help in their time of need.]

One thought on “7.1 on the Richter scale and total preservation of life”