Driving into New York
The first sighting of the city and its skyline invokes awe. And then the first impressions of the streets as we drive through them. 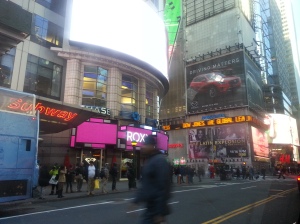 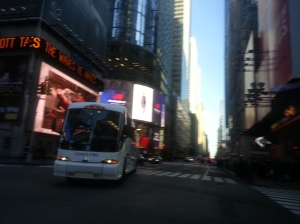 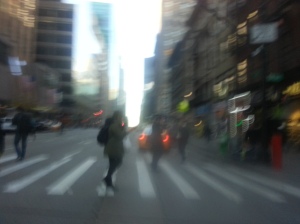 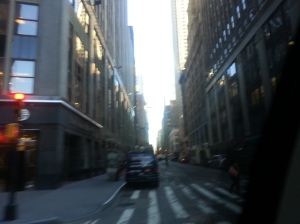 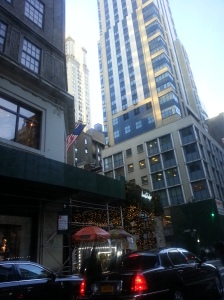 The Empire State Building, as we walk past 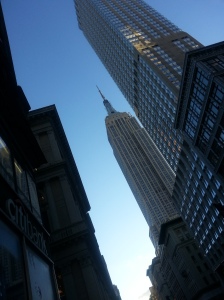 This was an art piece displayed on the street, outside a handicraft shop, for sale. 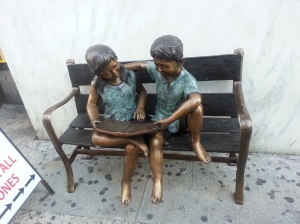 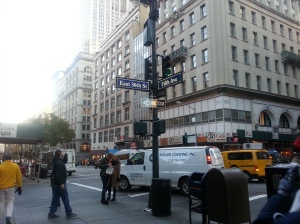 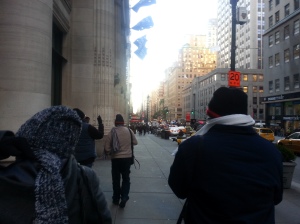 Surendar Annan and Vino outside the Empire State Building. 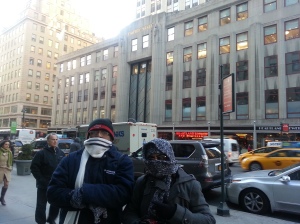 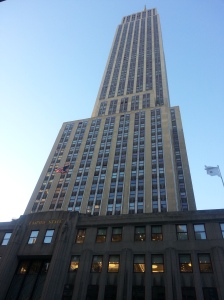 Vinod guided us across the road and took us to a pizza place for authentic New York Pizzas. 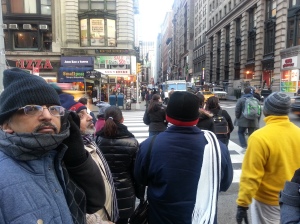 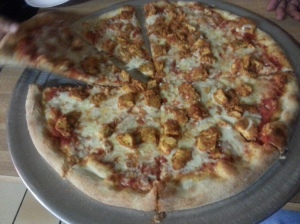 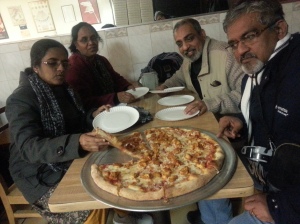 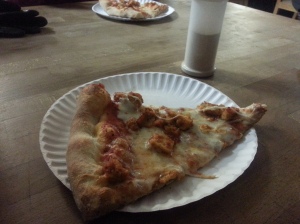 We noted that one customer ordered a pizza similar to this one and ate it all. 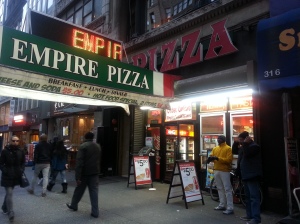 We’d already seen and photographed the Empire State Building, when we were walking along the road. We wondered whether it was good to spend thirty something dollars per head to go up and see the views from there. We decided to do it; we do not come to New York every day, you know.

We had felt that security was tight in DC, but it was even more so in the Empire State Building, and rightly so, considering the climate of the times. The problem was that that we were cold and had various items of clothing and accessories that had to go on and off in a particular order. Every time we came through security, we had to go through the same rigmarole of putting them all on again, not to speak of the intellectual exercise this entails.

It took us about two hours to go up and back down again. No, we did not take the stairs. The queue was very long and snaked its way into all kinds of rooms, hallways, and escalators. 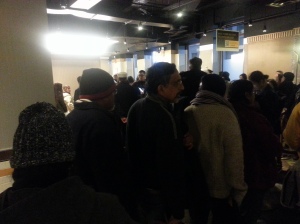 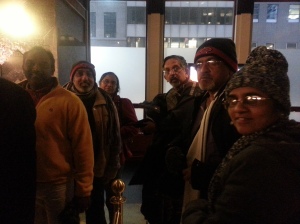 At some point along the way, photographs were taken of every group, and these photos were sold as a little kit along with a DVD on the way down, to anyone interested. They must be making millions this way, for the photographer did not even give us a second to compose our smiles. To be fair, that was all the time he had to do the job.

At the top, the sights of the city below us and all around was quite something. And so was the cold . . .  and the wind. Who goes to the top of the Empire State Building in the beginning of Winter, in the evening! 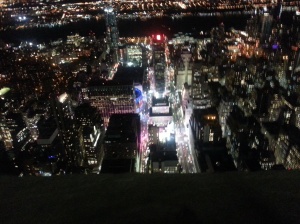 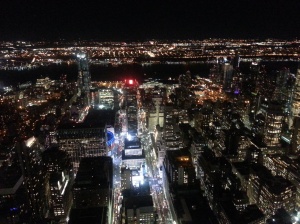 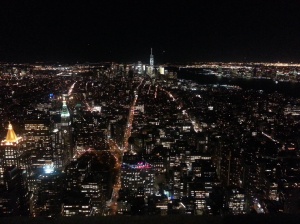 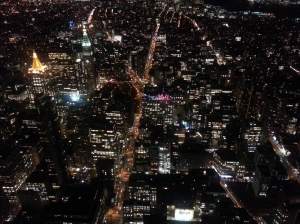 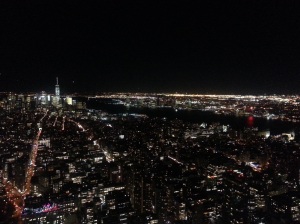 We were guided down by another route, and this time through the Stores. But we were strong and did not buy anything.

Do we regret having spent so much to go up and down like this? No
Do we recommend this to others? Not sure

We reached the home of Ashok and Hannah in Tinton Falls in New Jersey at about 8:00 p.m. Shortly after that, we sat down to a lovely Indian meal. 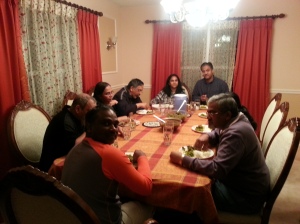 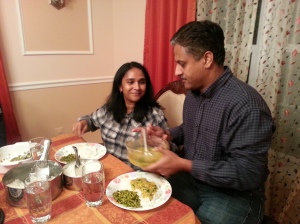 After dinner, we gathered together in the lounge for a chat. When the conversation moved to old times, one by one everyone left, leaving only Hannah and Ashok with Philip and me. 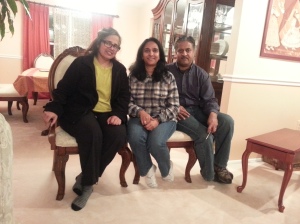 We spoke about God’s faithfulness over the 29 years since Hannah and I last met.

In the morning, after breakfast, we were ready to continue on our tour. Just before we left, we took some group photos with Hannah. 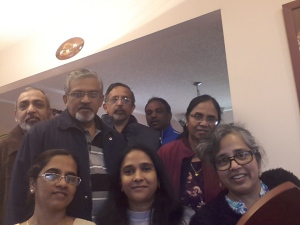 Just for old time’s sake, we sang ‘If the skies above you are grey,’ and Vino took a video recording of it. This was a favourite during Church of Christ Bible Camps in the 1980s. No one can know the memories that the song brings up, except the faithful Lover and Keeper of our souls, who does all things well.

I wish I had been able to spend time with their children. Maybe they will visit us in New Zealand.