Projects are good as long as we do not lose perspective.

The wise King Solomon in researching life, had this to say about projects:

I undertook great projects: I built houses for myself and planted vineyards. I made gardens and parks and planted all kinds of fruit trees in them. I made reservoirs to water groves of flourishing trees. . . .I became greater by far than anyone in Jerusalem before me. In all this my wisdom stayed with me. . . My heart took delight in all my labor, and this was the reward for all my toil. Yet when I surveyed all that my hands had done and what I had toiled to achieve, everything was meaningless, a chasing after the wind; nothing was gained under the sun.

Well, I undertook a major project in the beginning of 2016, which took me a year to finish.
Like most of the homes in Auckland, our house had a lawn that was fenced off. On the sides were a few plants and even two Olive trees, which had been planted by the previous owner. But the grass had taken over even along the sides, having come through the weed mats. Unfortunately, I do not have a good Before-project photo, although you can see the depressive state of the section through the rosemary bush. 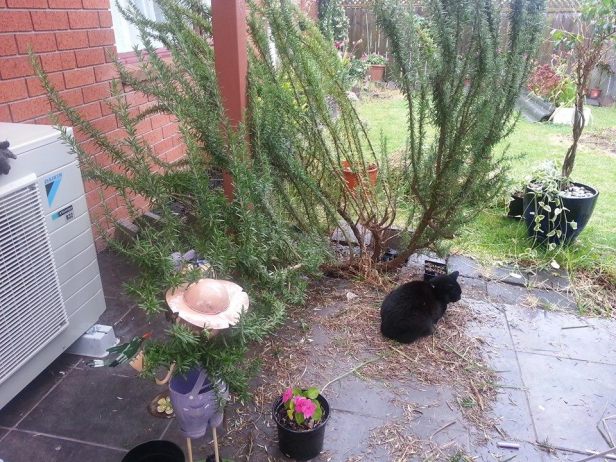 But I wanted to make the garden more interesting and in my mind’s eye, I saw an English cottage garden. So I drew a rough plan on paper of garden area and path area. Garden and path would be separated by means of proper edging, comprising two layers of brick and mortar.

I began to dig my ‘trench’ for my edging. It took me about three months to complete what turned out to be 45 meters of trench.

And then the bricks arrived with high drama, and that was when I realised that this had become a really big project, and I was doing it without any help.

I watched a few Youtube videos to learn how to lay bricks, and quickly set out to lay my first layer. I was almost done, when the rains came, and then the cold set in, making it impossible to work in the garden. To the uneducated eye, which was not a rare commodity and came with tongue attached, the place looked all dug up and hopeless.

After about six months, I was able to resume the work. This time I decided to hire a young man who mowed lawns along with his little team of helpers.

The second layer of bricks were laid. The top soil that had been displaced by the digging had to be disposed of. I got the men to remove even more of the clayey topsoil from the garden area, so that I could replace it with topsoil of good quality. 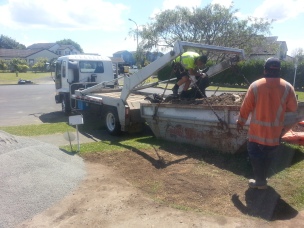 Visits to the nursery sections in Bunnings, Mitre10, and Kings Plant Barn were a joy. And of course, I came home with some plants every time.

The path area had to be made level. We added a layer of sand followed by a layer of fine metal called GAP7 and compacted it. 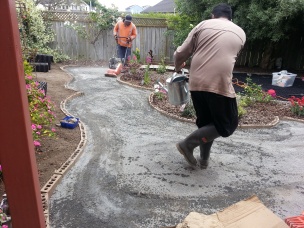 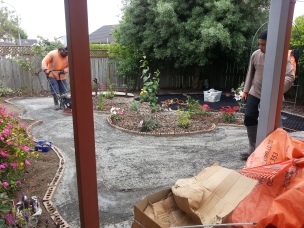 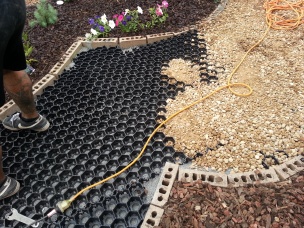 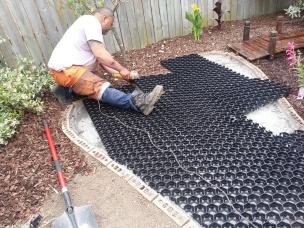 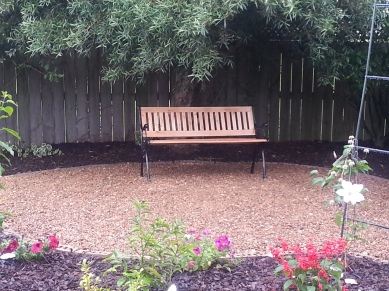 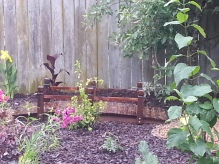 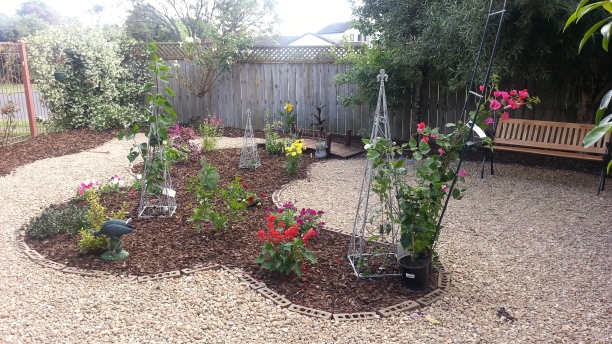 Today, five months after this photo, many of these new plants have established themselves, and the garden looks even more settled. As long as I am on top of it, the weeds are easy to manage. I am pleased.

One thought on “The garden project”