We set out to see the Holocaust Museum. Vinod dropped us off. 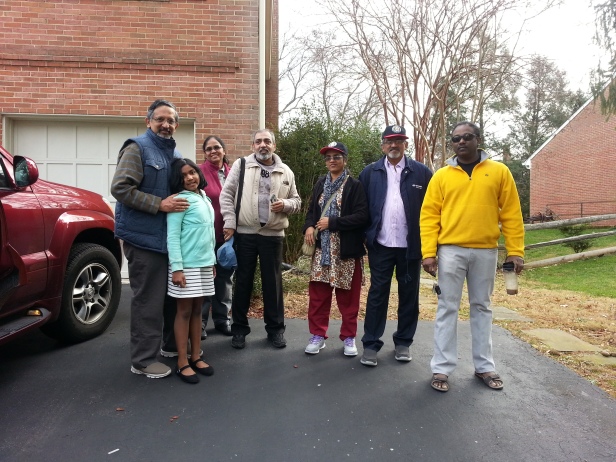 The United States Holocaust Memorial Museum is the United States’ official memorial to the Holocaust. Adjacent to the National Mall in Washington, D.C., the USHMM provides for the documentation, study, and interpretation of Holocaust history. Wikipedia

I am not even sure if I should blog about this subject, because the subject is weighty, and I did not write down any notes. Another difficulty for both me as the writer and you as the reader would be to keep track of the place in which a particular atrocity had taken place, and then we would need to note the date.

But I shall put down what I can remember from my photos, without being too particular about the place time context, just to keep my holiday account up to date. If you want to know more, you can go to http://www.ushmm.org/information/plan-a-visit.

When we entered we were asked to pick up an ID each, such as the one below. I got the ID of a lady called Helen Lebowitz from Volosyanka in Czechoslovaki. The point of it, I believe was to try find out what the life of the given person was like.

Among the books burned during the Nazi book burnings were the books of Heinrich Heine, a German Jewish poet. Ironically, he was the one who wrote: “Where they burn books, they will also ultimately burn people.”

At one point, very few countries were willing to take the Jews in. This reminded me of our current predicament with so many refugees wanting to enter countries in the West.

Even the US was not helpful. However eventually, public opinion changed.

The 14-minute video about Antisemitism was uncomfortable to watch, as a Christian. Evil, such as the crusades, where Jews were killed by people who regarded themselves as Christian was difficult to listen to. Especially embarrassing, to say the least, was the mention of the antisemitic sentiments expressed by Martin Luther, the Reformer. This is one question I will have for Mr Luther when I meet him.

Every one will give account to their Maker for what each has done. Antisemitism is totally contrary to scripture. The New Testament accounts bemoan the fact that the Jews as a group did not recognise the Messiah. Jesus Himself wept over Jerusalem. And the overriding emotion is that of sadness and love. Never hate. 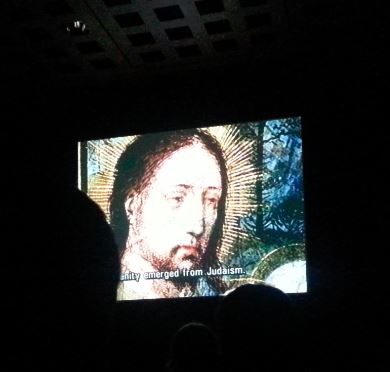 A room was devoted to photographs, like the one below, taken by Roman Vishniac of pre-war Jewish life 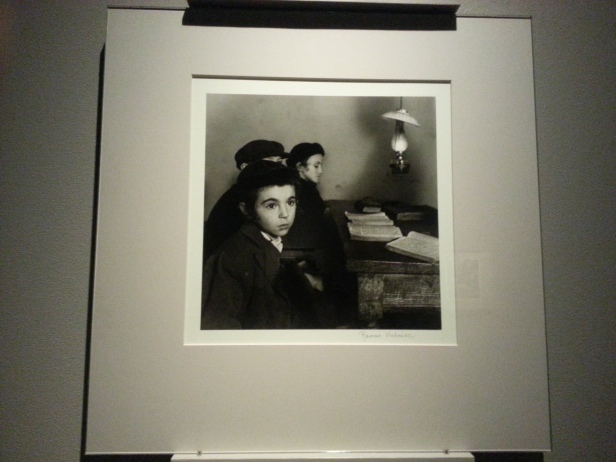 The photographs in the tower were taken in a town called Eishishok between 1890 and 1941.

Emmanuel Ringelblum and his family were discoved in hiding and killed. He preserved many documents in metal containers like this one. 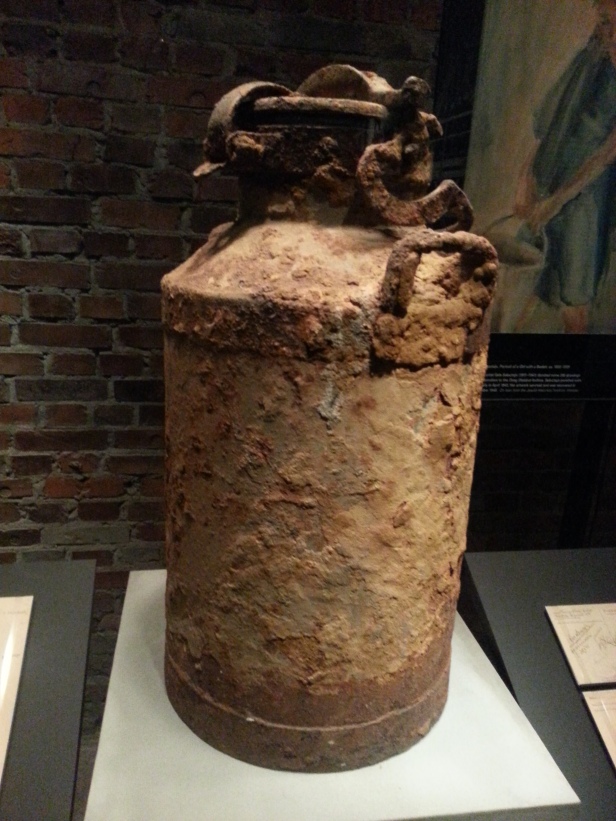 A section of the museum was dedicated to life in the ghettos – Theresienstadt, Warsaw Ghetto, Lodz Ghetto, etc.

Names of victims etched in glass. In this photo you can also see the design of the building with the Sky lights.

Another section of the museum was dedicated to Rescuers, and there have been many rescuers and sympathisers from all walks of life. 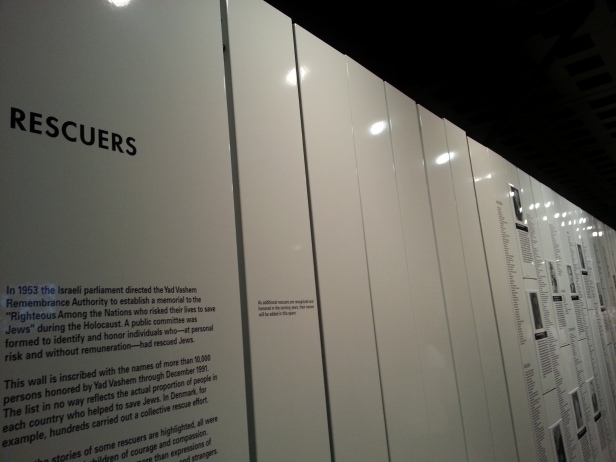 The role played by the White Rose group in being the pricking conscience for people who accepted Nazi propaganda. 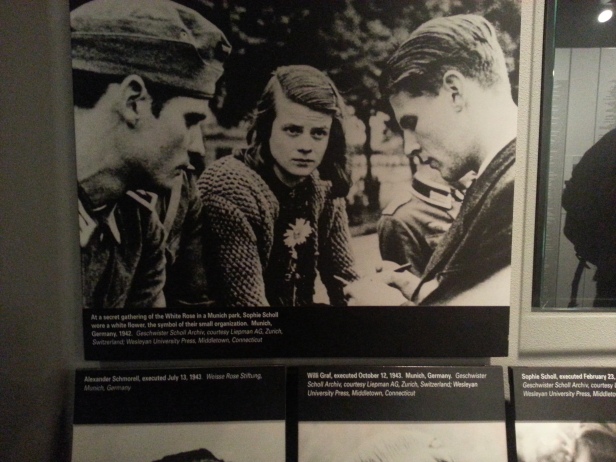 Rescue rangers who blended into the dark woods 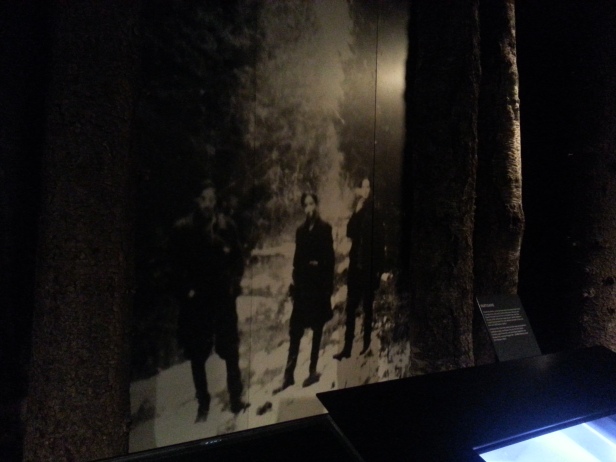 Death Marches refer to “forcible movements of prisoners in Nazi Germany.”  . . . Although most of the prisoners were already very weak or ill after enduring the routine violence, overwork, and starvation of concentration camp or prison camp life, they were marched for miles in the snow to railway stations, then transported for days at a time without food. Wikipedia 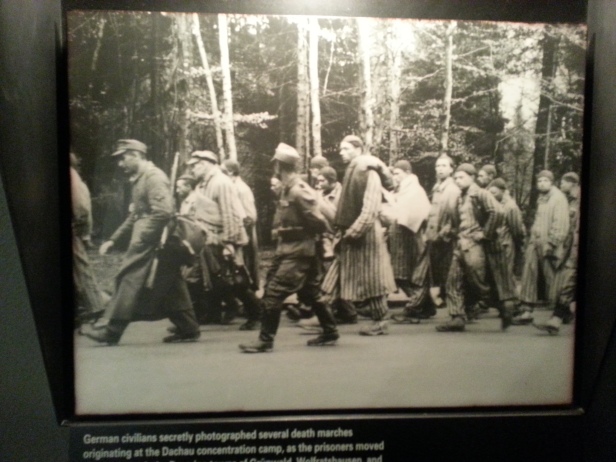 A place to spend some moments remembering the holocaust victims 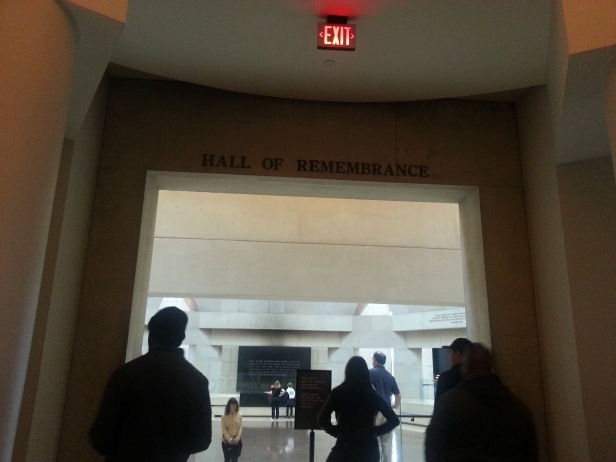 The lessons learned from the holocaust need to be applied wherever it is needed. A section of the museum described other pogroms around the world from the past and from the present, such as Cambodia and Syria.

This is a museum that everyone must see as evidence of what man can do to man. People who do not learn from history are bound to repeat it.

Some of the images are very disturbing; so be it.

An observation: Sometimes in museums, when the rooms are wider, we move along one wall and do the other side on our way back. This museum is designed so that the public can go in one direction and are led from floor to floor, without ever returning. This was either not clear or we did not read a sign somewhere, judging from the fact that I met all of my family as they made their way back to something, but we all got the hang of it eventually.

Picnic: We bought street food and had a picnic. 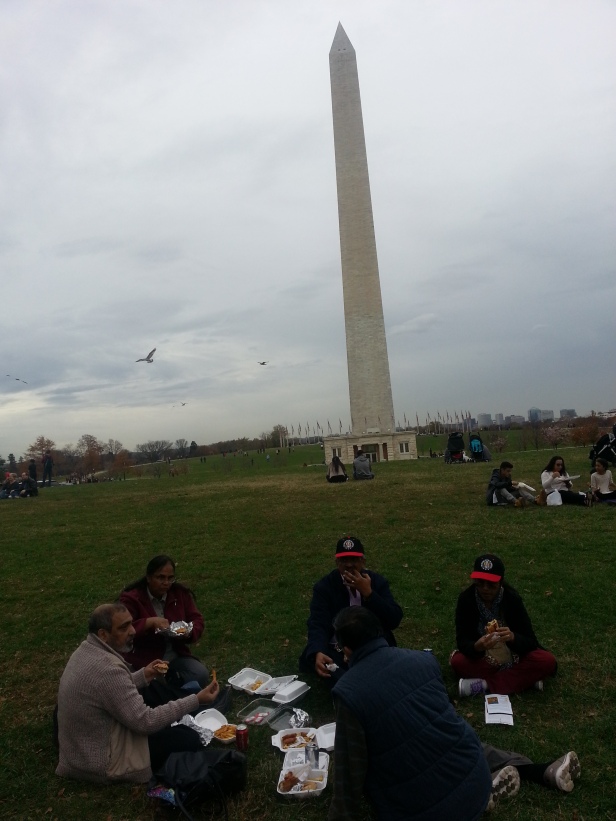 Birds attracted by the food 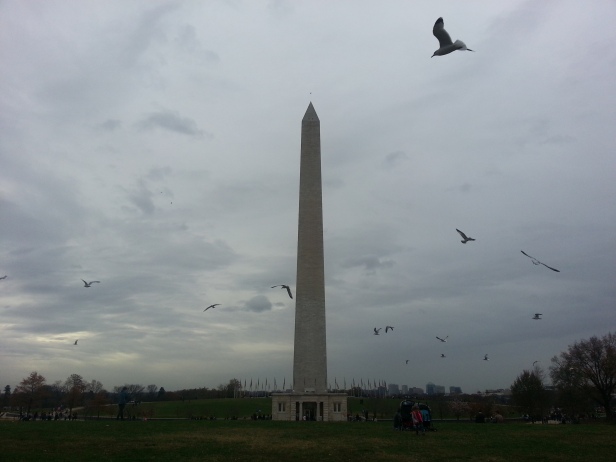 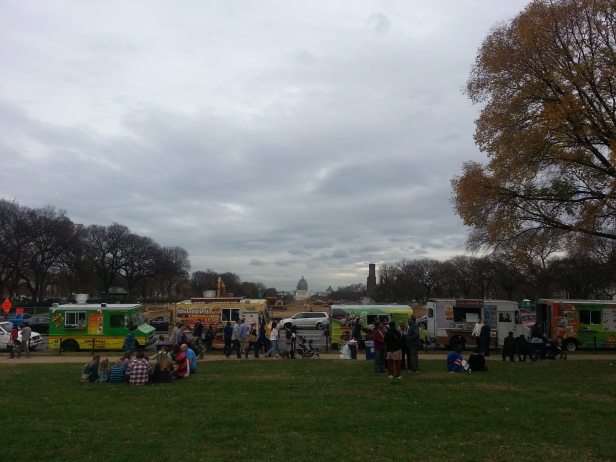 We were tired and we had only an hour and a half at our disposal. Obviously we could not do justice to this museum, which was very informative.

Here are the few random pictures that were taken on my phone. 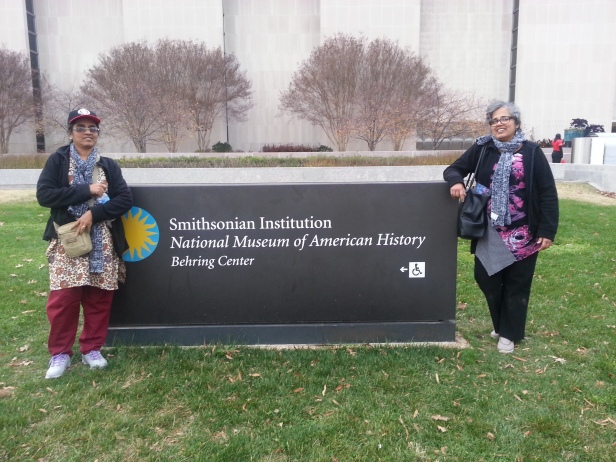 This is a larger-than-life statue of George Washington. It was interesting to read about the symbols included in this statue. 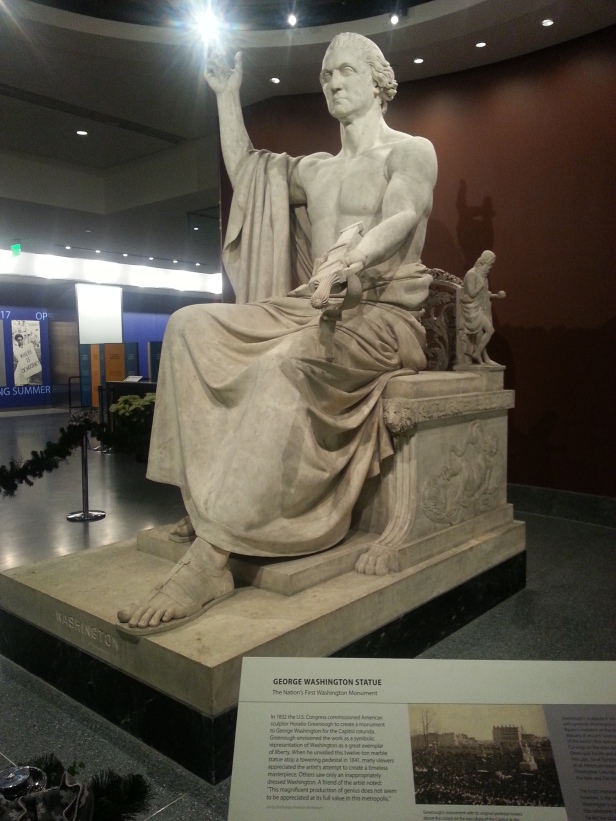 I would have been 10 when I read about President Jimmy Carter in a magazine called SPAN. I was amazed that he was a peanut farmer. I also remember the way his face and teeth were caricatured in the press.

This display featured all the American Presidents.

I took a hurried picture of this shiny engine, for no reason at all. 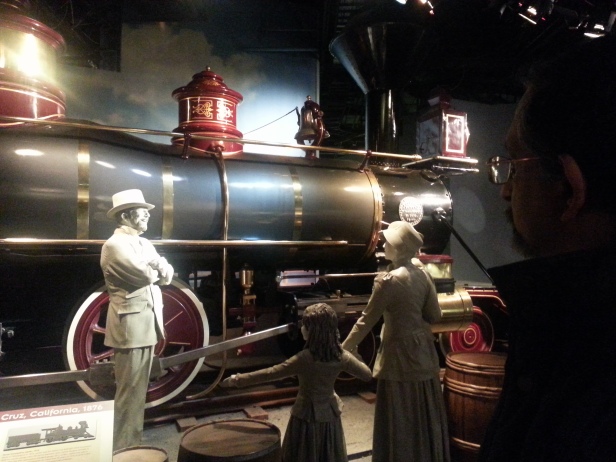 Below is the Philadelphia gunboat that was raised from the bottom of a lake, and eventually brought to this museum where it has been since the year 1965.

For more information, you can go to http://americanhistory.si.edu/exhibitions/gunboat-philadelphia