We were up by 2:00 a.m.,  so we could be ready for the taxi (Apex Taxi Flagstaff). The taxi took us to Amtrack Railway Station. We were prepared for the cold, dressed like Astronauts again. Not much after that, at 3:30 a.m. the shuttle (Arizona Shuttle) arrived. 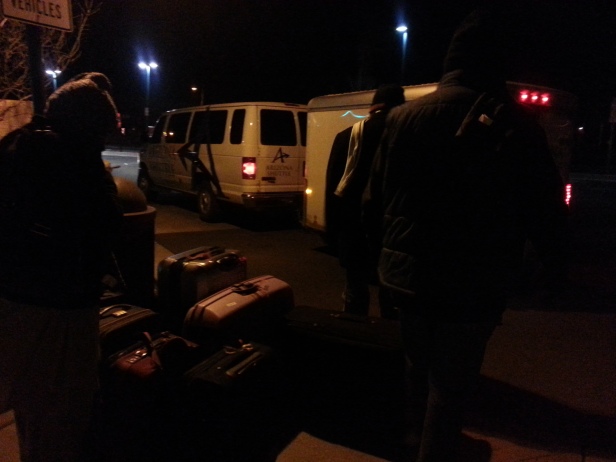 We reached Phoenix Sky Harbor International airport at about 6:10 a.m. All of us changed into more comfortable clothes, suitable to the Phoenix climate, before settling down to some doughnuts and coffee.

We then made our way to the Security Check. When Philip and I went to get our suitcases, we were told that both our cabin bags had to be inspected as something odd had been noticed. After about ten minutes, an official picked up one of the suitcases and gingerly brought the suitcase to a table. Apparently my laptop should not have been there; I should have taken it out. A few swabs were taken around the laptop before that baggage was cleared.

The official, who was very polite and pleasant, brought the second suitcase to the table. The culprit this time was a gift-wrapped item. This was a gift from a nephew in Auckland to my favourite cousin PANnan in Houston. The gift was a showpiece, a Lighthouse with a scripture verse on it. The suspicion was that it contained a liquid of some sort. He shook it  to see if it contained any liquid and took it away to show another official. It was finally cleared as well.

When we reached the gate, to our dismay we read the announcement that boarding for our 8:15 a.m. flight was closed. For a good 10 minutes, we had no idea what the outcome would be. We had just one day in Houston to see folk in The Woodlands as well as folk in Katy; would we be able to reach Houston in time? Then the agent booked us into another flight that left at 10 a.m.

Cousin PANnan and Julie came to the airport to pick us up. There was a bit of a delay because Philip and I had to take the mono rail to the next terminal, pick up the baggage, and return. [We later wondered why the checked baggage was allowed to leave Houston before us when we had missed the flight. Isn’t that a lapse in security? What if a terrorist checked in a suitcase with an explosive and did not show up to board?]

We were all meeting PANnan after a long time. As for his wife Julie, we had never met her in all these years. It was a joyful occasion. It was tight fit in PANnan’s car. Vino and I were in the back seat with a large suitcase on our laps. Not only was it uncomfortable, but we could not see anything of Houston during the drive. So PANnan pulled over and we adjusted the luggage so we could see outside.

After so many years, i got to see PANnan’s house. Julie made wonderful tea, which we had with buiscuts. As it was late, we decided to skip lunch. 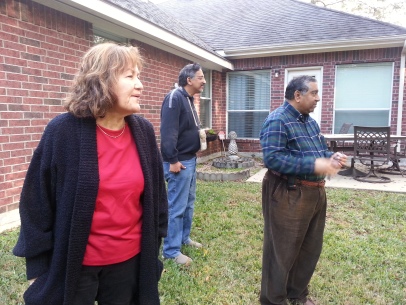 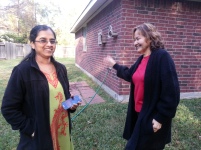 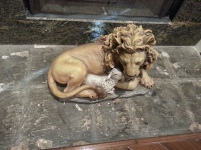 PANnan and Julie drove us around to get a feel for The Woodlands, which is a  beautiful suburb in Houston. We also went to see PANnan’s workplace.

Several areas had lights up for Christmas. 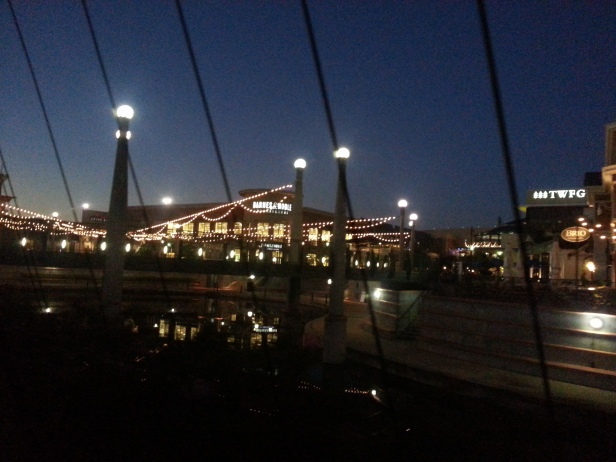 When we got back we switched to the car that had our luggage, and started at about 7:15 p.m. for David and Sangeetha’s house in Katy.

We reached after an hour or so. It was a joyful meeting. Sangeetha had made a lovely meal. 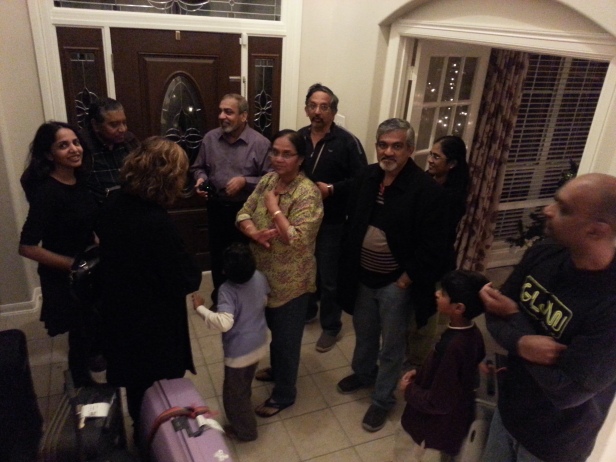 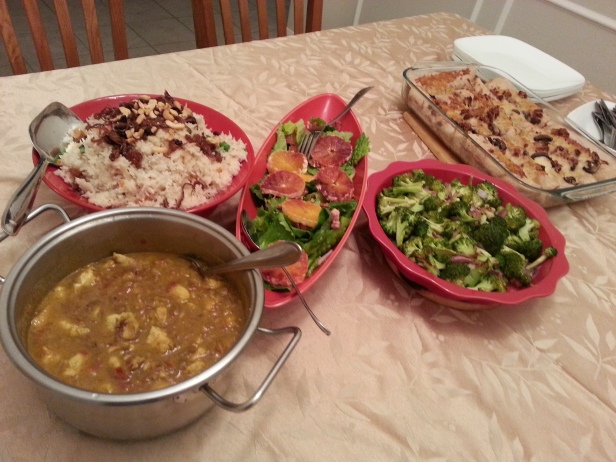 After an enjoyable evening, we gathered for a quick photo session. it was then time to say good by to PANnan and Julie. 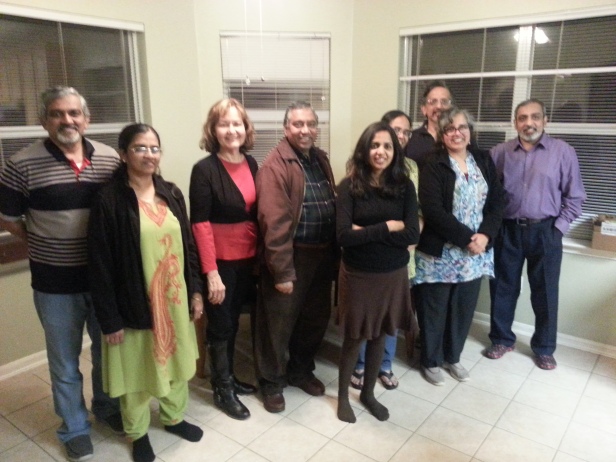 The four of us who had travelled earlier in the day were tired and we fell asleep before our heads could touch the pillow.

Behind the house is a reserve and walkway, where we took a little walk. A large sized river runs along the middle. Apparently, they get visits from alligators. 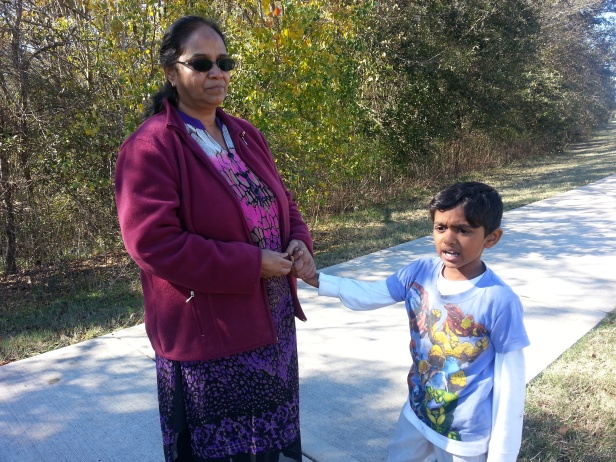 We left a little before noon to see something of Katy and go to an outlet mall. The little boys Pavit and Tanish were charming. 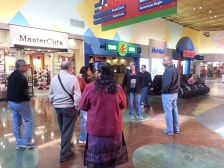 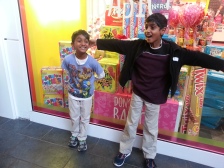 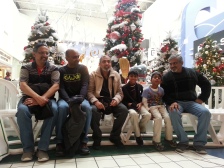 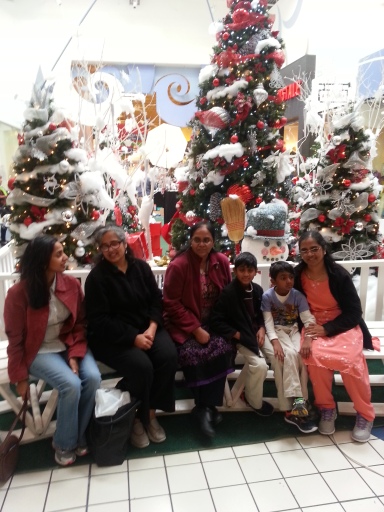 On the way back, we picked up some biriyani that David had ordered. 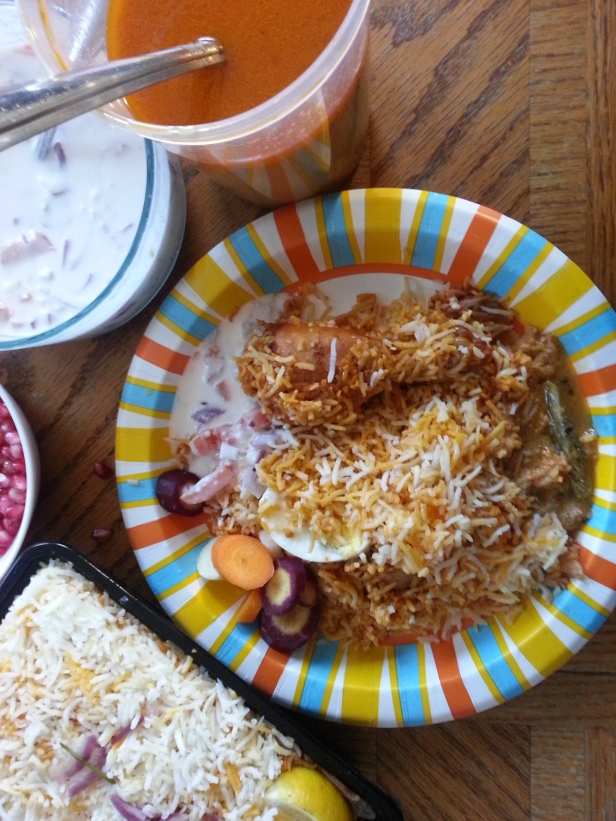 The airport shuttle arrived at 4:00 p.m. After Sekhar annan said a word of prayer, it was time to say goodbye. 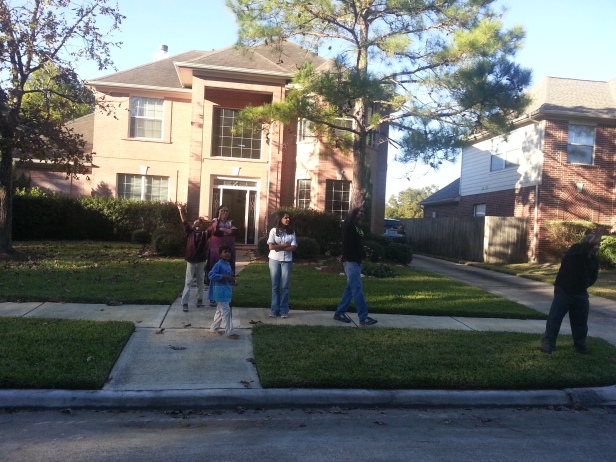 This tour in America is a rare treat for us. We got to meet many relatives and family. But now the goodbyes are coming in fast. Not only have we just said goodbye to David and Sangeeta, Philip and I will not see Sekhar Annan and Preeti Akka anymore during this visit.

With friends on earth we meet in gladness,
While swift the moments fly,
Yet ever comes the thought of sadness,
That we must say, Goodbye.

No parting words shall e’er be spoken,
In yonder home so fair,
But songs of joy, and peace, and gladness,
We’ll sing forever there.