What I, a 50-plus South-Indian visitor from New Zealand, think about Disneyland and Universal Studios:

Disneyland (on Friday)
Cost $ 99 per head
Did it live up to the hype? In some ways it did and in some ways it did not.
I always knew that Disneyland was for children, but it hit home how much, when we were there. Most of the entertainment offered was targeted for the young child. I was amazed to see hundreds of strollers with toddlers. It was Friday, and Disneyland was so crowded that it was very difficult to find a suitable vantage point anywhere along the parade route. Yet it was a heartening kind of difficulty, when you see how much children are loved in this country, evidenced all day long by these ubiquitous mums with strollers and dads with children on their shoulders. Another consequence of the large number of people was the long queues (long ‘lines’ as they say here) and long wait times before every show/ride.

In India, my generation did not grow up with Disney cartoons. Many of our children did however. So mums like me who watched the old cartoons over and over when our kids were little have grown to cherish this charming old baby sitter. 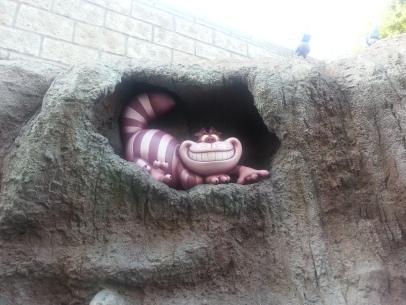 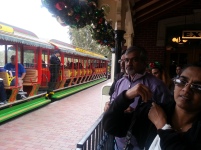 Disneyland still had the old dreamy magic for me. But for those like Philip who had had little to do with Disneyland, it was plain boring. To liven things up, we did Star Tours, which was entertaining. And then . . .  we stood in the 10-mile long (seemed that way) queue to “do” Space Mountain. We did not know what it would be like till it was too late. The kind of roller-coaster thrill Space Mountain provided was unnecessary and risky for people like us. Somehow we survived it.

Having learned from our experience with the Space Mountain ride from last night, we steered clear of the roller-coaster type of rides, although the Jurassic Park one was sorely tempting. But we found plenty of shows to keep us entertained. The ones we selected were Shrek 4-D, Universal’s Animal Actors, and WaterWorld. 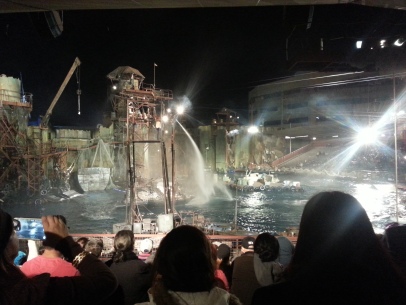 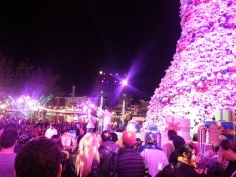 But the best show of all was Studio Tours, which is a compilation of shows (King Kong 360 3-D and Fast & Furious – Supercharged), exploring old Hollywood sets.

These last two days, I have seen people holding a long edible something in their hands. I wanted to buy one, just to see what it was. Mystery solved. It is called a Churro stick and is akin to bread, sprinkled with sugar. 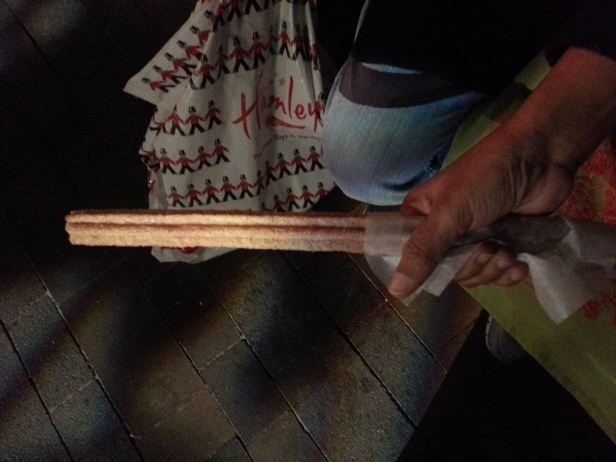 Discovering Uber
Out of sheer necessity, L.A. having no convenient and inexpensive public transport, we learned to use Uber. It has been absolutely great. I downloaded the Uber app in my phone and linked it to my credit card. When we request for a ride, within minutes we find ourselves being driven to our destination in a comfortable car, with a polite and friendly driver. The emails I get from Uber after each ride are clear and helpful and give me the breakup for the amount I have been charged. I look forward to trying Uber out in Auckland.