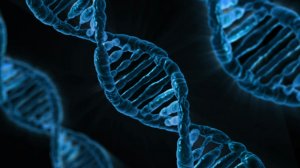 [My views have changed in the last five years. Let’s say I have grown to become more teachable and humble, if I must say so myself. My faith in the Bible has grown, but my respect for the work done by the scientific community has also grown, thanks to insights from the likes of Joshua Swamidass, Josh McDowell, and Michael Heiser, who have all helped me in various ways.  I am even more excited about everything. Maybe some day, I’ll find the time to carefully update this post. So if you are going to read on, know that I don’t subscribe to everything I have written here, and I am quite ashamed about the snooty tone in the writing.]

I think interpreting DNA test results for a country like India with an open, no-axe-to-grind approach will bring to light exciting new information. To be unafraid of what we may learn of our past and to acknowledge the fluid nature of the premises on which we base our interpretations are both important.

Imagine if we had sufficient studies from every community in India, what a lot of information we would have that would help us to peer into the past. Of course, we would interpret based on different sets of assumptions. And as we learn more, we can modify and add to our knowledge.

Doing both paternal and maternal testing would perhaps show us various times when our ancestors first came to the Indian subcontinent as invaders/settlers/captives etc.

It is sad that people fear that such studies might strengthen divisive forces. On the contrary, I feel that truth is liberating and satisfying. In fact nothing else will do. But to find what actually happened, we must be careful about the assumptions and premises on which we base the results. The DNA will not lie.

My concerns about DNA testing are to do with the assumptions for and subsequent interpretation of DNA test results. Why? Because the Bible is being ignored. Why on earth is this concerning or even relevant?

The Bible is a very important historical document that, having been proved accurate on hundreds of counts archaeologically, must be taken seriously when it comments on ethnicity-related matters.

And it does. The most important passage is the Table of Nations from Genesis 10, which is a very ancient historical list of nations in the repopulated earth after the flood. It is the earliest recorded list of nations on earth available to us! So when assumptions are made based on various theories, without considering Genesis 10, I feel that we cannot possibly get the best value out of these studies.

1 This is the account of Shem, Ham and Japheth, Noah’s sons, who themselves had sons after the flood.

3 The sons of Gomer: Ashkenaz, Riphath and Togarmah.

4 The sons of Javan: Elishah, Tarshish, the Kittites and the Rodanites.

5 (From these the maritime peoples spread out into their territories by their clans within their nations, each with its own language.)

6 The sons of Ham: Cush, Egypt, Put and Canaan.

7 The sons of Cush: Seba, Havilah, Sabtah, Raamah and Sabteka. The sons of Raamah: Sheba and Dedan.

8 Cush was the father of Nimrod, who became a mighty warrior on the earth.

10 The first centers of his kingdom were Babylon, Uruk, Akkad and Kalneh, in Shinar.

11 From that land he went to Assyria, where he built Nineveh, Rehoboth Ir, Calah

12 and Resen, which is between Nineveh and Calah—which is the great city.

15 Canaan was the father of Sidon his firstborn, and of the Hittites,

19 and the borders of Canaan reached from Sidon toward Gerar as far as Gaza, and then toward Sodom, Gomorrah, Admah and Zeboyim, as far as Lasha.

20 These are the sons of Ham by their clans and languages, in their territories and nations.

21 Sons were also born to Shem, whose older brother was Japheth; Shem was the ancestor of all the sons of Eber.

22 The sons of Shem: Elam, Ashur, Arphaxad, Lud and Aram.

25 Two sons were born to Eber: One was named Peleg, because in his time the earth was divided; his brother was named Joktan.

26 Joktan was the father of Almodad, Sheleph, Hazarmaveth, Jerah,

29 Ophir,Havilah and Jobab. All these were sons of Joktan.

30 The region where they lived stretched from Mesha toward Sephar, in the eastern hill country.

31 These are the sons of Shem by their clans and languages, in their territories and nations.

32 These are the clans of Noah’s sons,according to their lines of descent, within their nations. From these the nations spread out over the earth after the flood.

Isn’t that an amazing text? Every one of us is included in that passage. One human race initially branching out into three families.

After that account, the Bible focusses on the family of Shem and from there zeroing in to the family of Abraham and then to the Jewish people till the coming of Christ.

The Old Testament thus starts with ancestors  common to every one of us and zooms in on one people group—the Jews.

The New Testament on the other hand starts with the Jews and leaves us with the picture of some wonderful Jews sharing the good news with fellow Jews as well as the rest of us.

For this very reason I hesitate to be part of a public-participation project like the Genographic Project, which has closed itself off from the Biblical view.

“The test also scans 250,000 markers from across the rest of your genome that were inherited from both your mother and father, revealing insights into those ancestors who are not on a strictly maternal or paternal line. Included among these markers are a set that will also reveal if you are carrying DNA that came from our hominid cousins, the Neanderthals”

I wonder how many today know that Neanderthals as being a species or subspecies of archaic humans is only as yet a theory.

In fact even the idea of human beings having  a gone through a ‘hunter-gatherer’ stage is without basis, although many have accepted it as truth. Just looking at the pyramids and other ancient marvels makes the Biblical model seems far more plausible.

How you can have a report purporting to be scientific include something like Neanderthal DNA, beats me. In fact, if the interpretations flowing out of a project like this come to be assumed as actually true, I am afraid that we will go back to the old notion of races among people. The Bible is very clear that there is only ONE HUMAN RACE.

If only those in charge of projects like the Genographic Project could be as open to the Bible as they are to other theories, I would be more confident about their credibility.

Or different agencies, specialising in particular kinds of reports could be provided access to a global database.

But for now, I would like to do a DNA test to find relatives from say the last 20 generations. I cannot tell you how thrilling the prospect is to me. I think any DNA-testing lab, even ones looking for Neanderthals and Hobbits, with access to a good and growing database would be able to do the job.

The internet is choca with sites claiming to be the best. Which site should I use? Who has access to a database with a large representation from those of Indian descent?

One thought on “DNA testing for ethnic Indians, Table of Nations in the Bible, etc.,”